Patrolman August Baker
In the history of the Cumberland Police Department there has only been 1 documented line of duty death, Patrolman August Baker. On the evening of October 3, 1907, Patrolman Baker was working in the Shantytown area of the city, which was regarded as one of the roughest spots on the C&O Canal. It was a mixture of bars, boarding houses, and bordellos.

Routine to Tragedy
That evening William Burns had just been thrown out of Preston's Saloon, and was causing a public disturbance on the street. Patrolman Baker observed the disorderly Burns and placed him under arrest. As they started to walk towards the Police Station, Burns resisted and removed a pistol from his pocket, shooting the officer in the chest. Both men fell to the ground, and with the assistance of several bystanders, Patrolman Baker was able to subdue Burns. Shortly thereafter Patrolman Baker passed out from the loss of blood. He was treated at the scene by Dr. H.E. Mitchell, and then transported to Allegany Hospital.

Following the shooting, Patrolman John Trieber arrived at the scene, and, with the assistance of several citizens, transported William Burns to the Police Station by carriage. He was booked, and later transferred to the county jail on Prospect Square.

Patrolman Baker was operated on in the early morning hours of October 4, 1907, and his condition remained critical throughout the day. At 3:30 a.m. on October 5, 1907, with his wife by his side, August Baker died from the single gunshot wound. 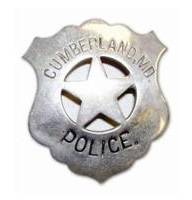 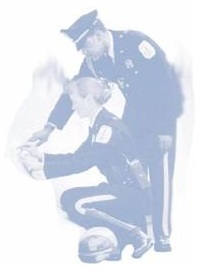 Vigilante Justice
Word of Patrolman Baker's death spread quickly throughout the community, and aroused great anger. Talk of retribution was openly discussed throughout Cumberland, and shortly after dark on October 5th a mob of more than 200 persons gathered in front of the county jail. A large wooden pole was used to pummel the entrance door of the jail, and the unruly crowd stormed the building in search of William Burns. He was quickly located and dragged from the building into the street. A local minister nearby observed the activity, and attempted to intervene, asking mercy be shown for Burns, but to no avail. Burns was shot multiple times and died on the street.

Unsolved Case
The actions of these citizens outraged government officials, who offered a $500 reward for any information as to the identity of the individuals who fired the shots killing William Burns. Over 100 years later, the investigation remains open with the identity of those responsible unknown to law enforcement officials, and the reward has never been claimed. 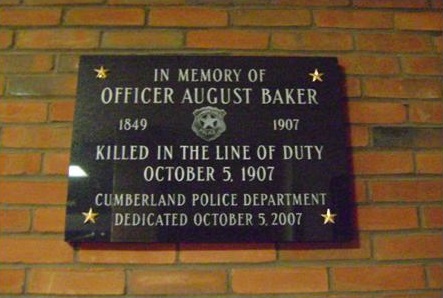